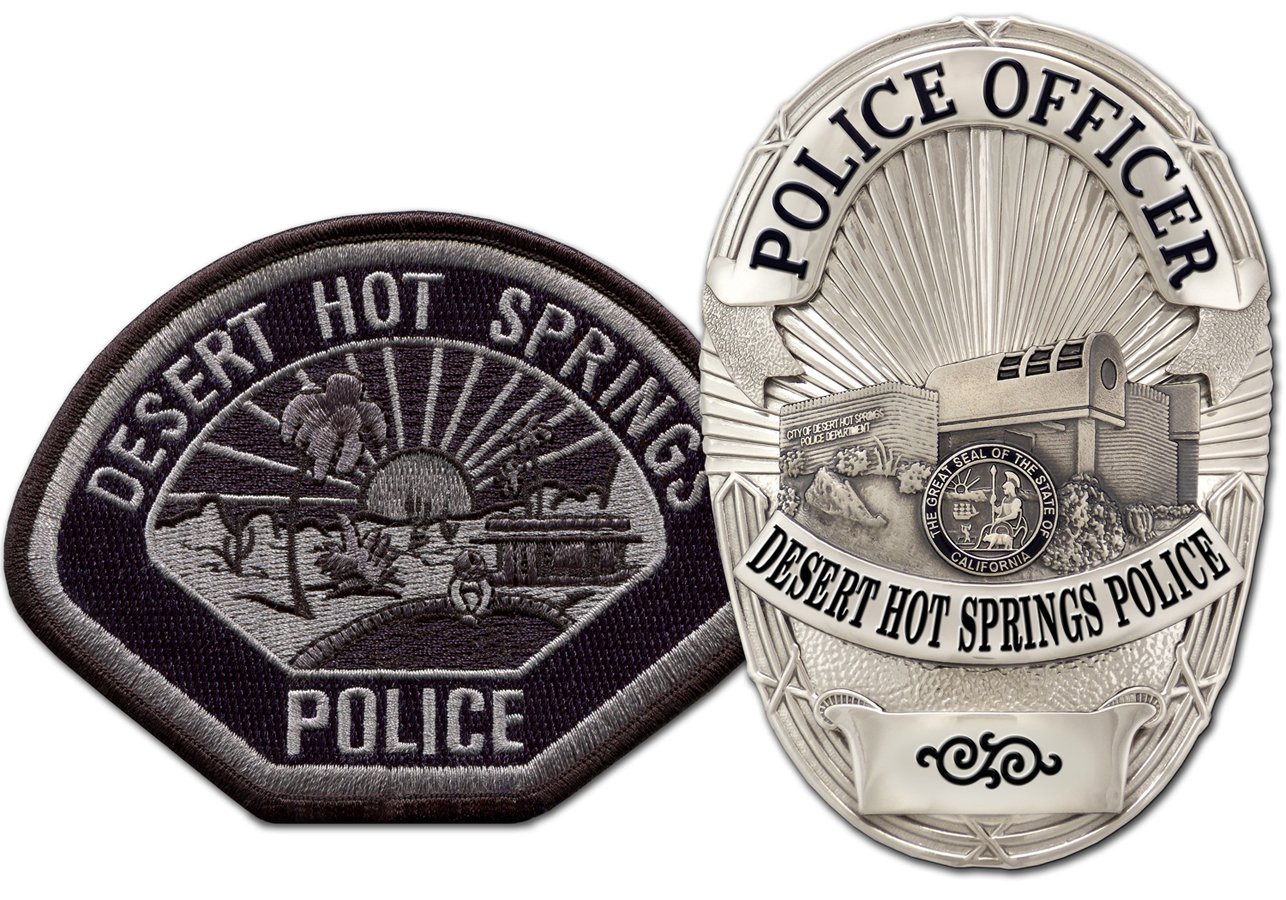 Written by: Christopher Damien covers public safety and the criminal justice system. He can be reached at christopher.damien@desertsun.com or follow him at @chris_a_damien.

Desert Hot Springs is the fastest growing city in the Coachella Valley according to the 2020 Census, but even as the population has increased, most crimes have been on the decline.

Reports show burglaries and robberies have dropped dramatically in recent years, and rates of burglaries and aggravated assaults are half of what they were 10 years ago.

The Desert Sun analyzed crime statistics for the city from 2010 to 2021 submitted by the Desert Hot Springs Police Department to the California Department of Justice for inclusion in the FBI’s Uniform Crime Reporting publication.

“I think a lot of these numbers are good news for Desert Hot Springs,” said Mayor Scott Matas. “One of our prime focuses in recent years has been trying to make sure our police department was well-funded so they could fight crime. .. And I think we’ve done well on that. It’s obviously not perfect, but it’s better, and I can see the trends moving in the right direction.”

“What happened for a long time was there were officers coming through our police department, but using us as a stepping stone to get to another department that paid much better,” said Matas. “At the time with our budget, we could only pay at the lower end. So in the last couple of contracts, what we’ve done is we’ve raised our officers’ pay to be in the median range, if not higher, so that we were competitive with cities of our same caliber.”

When asked about the drop in crimes seen over the last decade, Police Chief Jim Henson largely deferred to the hard work of the rank and file officers of his department.

Henson said that the department lost officers when budgets were slashed during the Great Recession, and cops who were familiar with the community were among them.

“We lost a lot of veteran officers in years like 2012,” Henson said. “But we’ve since been able to retain officers and gain some of that experience back. We have officers who know the community again.”

Deputy City Manager Doria Wilms, born and raised in the city, said that she’s seen a dramatic increase in community engagement in the city’s affairs in recent years.

“We went from having an apathetic community to one that is very much involved,” Wilms said. “Social media has really helped connect people here and give people a sense of community.”

The Desert Hot Springs Police Department sends monthly reports about crime to the California Department of Justice, where the reports are processed and submitted to the FBI and published yearly in its Uniform Crime Reporting.

The Desert Sun analyzed the monthly reports from 2010 through June 2021, the most recent report released by the department.

Homicides in Desert Hot Springs have been on an upward trend in recent years, but have dropped this year. The city has averaged about 4.8 a year over the last decade, with six being reported last year. The city reported three for 2021 to date, about on pace with the decade average.

In 2021, the city has reported three homicides so far.

Deputy Chief Steven Shaw said he’s proud of the department’s improved ability to close recent homicide cases, noting charges have been filed in all but one case from both this year and last.

“The detectives who are taking these cases are doing a great job of tracking these suspects down,” Shaw said.

He provided the example of the unusual circumstances surrounding the most recent homicide in the city. A man was dropped off at the police station with a fatal gunshot wound on Sept. 8.

“Detectives started this investigation with no information and no known crime scene,” Shaw said. “They worked 30 hours straight through, ultimately identifying and apprehending the suspect.”

Daniel Ray Martinez was arrested in connection with the killing on Sept. 10, the department reported.

Shaw added that the department has worked to improve communication with the city’s residents, mainly through urging officers to spend more time out of patrol cars and establishing relationships with residents and businesses. As a result, the department has been receiving social media tips and security camera footage of crimes in action, sometimes offered unprompted by residents of homes adjacent to the incident. “It’s a partnership,” Shaw said.

The FBI defines an aggravated assault as an attack by one person on another to inflict severe injury.

The department reported 66 from January to July of this year, on pace to be well below average.

The FBI defines robbery as theft by force, threat or violence.

Desert Hot Springs’ robbery numbers have dropped dramatically over the last decade, with 67 being reported in 2010 and only 39 last year. The number has ticked up and down between those years, with 59 as recently as 2019.

From January to June 2021, 16 have been reported, suggesting the year could end well below average.

Shaw said that robberies are down, in part, due to the COVID-19 pandemic, during which people have generally spent more time at home. Simultaneously, he said, many businesses were closed, reducing the number of overall targets.

However, it isn’t exactly clear if the pandemic had the same effect on residents in Desert Hot Springs as it did elsewhere. Wilms said that many of the city’s residents were essential workers who continued to work when other industries shut down due to emergency measures.

“A lot of our residents work blue-collar jobs or in the service industry,” Wilms said. “While they certainly were impacted by the pandemic, many kept working.”

The FBI defines burglary as the unlawful entry into a structure to commit a felony or theft.

The city’s burglary reports show what is arguably the most dramatic decline of any crime over the last decade. From 573 reported in 2010, burglaries have dropped almost every year since, with only 143 being reported in 2020.

The high numbers of the early 2010s established an average of about 428 a year. With 74 reported through June, the department again expects a year with a historically low burglary rate.

“The serial burglars are getting caught much faster, maybe on the fourth or fifth instead of the 10th one,” Henson said.

Shaw again said that the community has been helping the department keep driving this number down.

“We’re still a small enough city, it’s only a small number of people out there doing these crimes,” Shaw said.

The department’s officers are working to make patrols more visible and to increase contacts with the community, Shaw said, to ensure suspicious activity is reported quickly.

“We push for officers to get out of the car and get to know people,” Shaw said. “Talk to folks. Who belongs where? The community knows when something looks out of place.”

The city has averaged about 206 a year over the last decade, reporting 202 last year. 105 have been reported through June, on pace to be slightly above average.

Shaw said motor vehicle thefts have been a concern for several years. He said the department has to remain proactive to ensure potential car thieves aren’t given opportunities for easy grabs.

“Secure your keys, even if you’re just running into the store to grab a soda,” Shaw said.

Desert Hot Springs reported higher crime rates per 1,000 residents in 2019 than the state, some significantly higher. The Desert Sun chose to use 2019 as a standard due to the pandemic’s influence on crime last year.

For some crimes, like robberies, Desert Hot Springs was only slightly above the statewide rate of 1.3 per 1,000 residents. Other crimes like burglaries and aggravated assaults saw rates more than twice that of the state.

Desert Hot Springs has made improvements when comparing 2019’s crime rates to those reported in 2010.

“Everybody always tags us as the most dangerous city, and we’re not,” said Mayor Pro Tem Russell Betts. “It is something we want to keep working on. I’d love to be the most crime-free city in California and we’ve got a ways to go on that, but it has been the goal for the city for a long time to get crime rates down, and we’re seeing good results.”

Wilms noted that these drops have happened as the city has invested in industries, like cannabis, which people once worried would lead to increased crime. And the drops have also occurred as the city’s population has grown.

“With the legalization of cannabis, there was a misconception that it would drive crime up,” Wilms said. “But we’ve added good-paying jobs and the city has higher-wage earners. We’re seeing families move in and a housing boom that’s not slowing down.”

“When I grew up here, the image of Desert Hot Springs was that it was just a sleepy little town, and we were kind of the stepchild to the rest of the Coachella Valley, but we didn’t have a lot of crime. And then in the ’90s, that really changed… It ended up being not a great place to live in then, it was tough,” said Matas, who was born and raised in Desert Hot Springs.

Matas said the city has focused on changing that image since the early 2000s, and that in the past few years there have been other Coachella Valley cities with higher crime rates than Desert Hot Springs.

“There are still people who think we have the highest crime rate, but we just have to continue combatting that over time. We continue to do it, we’re fixing our roads, we’re making things look nice, we’re bringing down crime, for an overall better quality of life that we continue to push at,” he said.

Henson said the city’s historical gang problem has been addressed, with a few exceptional cases from time to time. But, generally, the department isn’t dealing with as many of the serious crimes as it used to.

“I’m getting calls about quality-of-life issues and not a violent crime,” Henson said when describing the day-to-day business of the department.

Betts said he wants the city to look into creating a separate team within the police department to specifically focus on what he calls “nuisance crimes,” so that the department can focus on these less serious crimes, including car thefts, without diminishing current efforts.

“What you hear most from residents as a councilmember are the things like a stolen garden hose from a front yard, stolen bicycles, mail theft… Serious crime is always the priority, but with that being dealt with, the next priority is naturally to approach these other less serious crimes without diminishing the regular police efforts,” said Betts.

Now that the city is on steadier financial footing than it was a few years ago, Desert Hot Springs is also making capital investments in the police department, in addition to providing higher salaries.

The dispatch center will be housed in the police department’s new annex building, a $5.2 million project that will be funded through a $14 million bond for capital improvement projects. The city has also allocated $500,000 for improvements to the existing police station building.

“Those projects are part of our bigger picture plans for the police department over the next few years, and I’m hoping to continue to see this trend continue of our crime rates dropping,” said Matas.